In this thesis, we study a novel method to extract the Fisher information of quantum states from direct measurements without the need for state reconstruction. Our method characterizes the distinguishability of experimental probability distributions of the collective spin. The Fisher information is obtained via the observed rate of change of their statistical distance as a function of an experimental control parameter, which constitutes a phase transformation of the quantum state. The employed experimental system is a binary Bose-Einstein condensate of several hundred atoms. We use a combination of coherent collisional interaction and linear Rabi coupling of the two atomic states to generate collective non-classical spin states via quantum dynamics close to an unstable fixed point of the corresponding classical system. The fast redistribution of quantum uncertainty results in Gaussian spin-squeezed states for short evolution times which turn into non-Gaussian states on an experimentally feasible time scale. For the generated non-Gaussian states we observe a Fisher information larger than the number of atoms in the detected ensemble, which is a signature of particle entanglement, in a regime where no spin-squeezing is present. We confirm the implied resource for quantum enhanced measurements with the implementation of a model-free Bayesian protocol which obtains a sensitivity beyond the standard quantum limit in accordance with the extracted Fisher information. 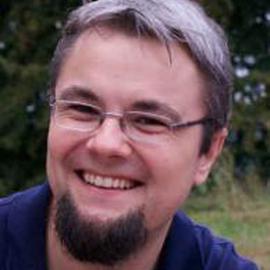