Observation and Characterization of the Bichromatic Force on Metastable Argon-40

The 39Ar dating accuracy of the Atom Trap Trace Analysis experiment in Heidelberg is depending on the sample size and measuring time which can be reduced by increasing the current atmospheric 39Ar count rate. The collimator has great scope for improvements as it can only address 10 percent of the atoms leaving the source due to its limited capture range. Therefore, faster transverse atoms have to be cooled down beforehand, but due to the short interaction time, a strong light force is necessary to capture them. The bichromatic force is using two frequencies that are equally detuned from atomic resonance to exceed the limits of the radiative force. Its demonstration and characterization on a collimated beam of metastable 40Ar atoms is presented in this work. Basically, the force is only limited by the available power and was determined experimentally and theoretically in dependence of optical power, relative phase, detuning and Doppler shift of the atoms. In the scope of this work, the optics for the required frequencies have been set up and the theoretical values have been calculated with the -pulse model, Dressed States and optical Bloch equations. A bichromatic force was measured with the experimental accessible parameters which corresponds to 80% of the theoretical predicted value. 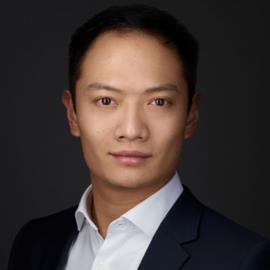