Approximate simulation methods of quantum many-body systems play an important role for better understanding quantum mechanical phenomena, since due to the exponentially scaling Hilbert space dimension these systems cannot be treated exactly. However, a general simulation approach is still an outstanding problem, as all efficient approximation schemes turn out to struggle in different regimes. Hence, a detailed knowledge about the limitations is an important ingredient to approximation methods and requires further studies. In this thesis we consider two simulation approaches, namely the discrete truncated Wigner approximation as a semi-classical phase-space method, and a quantum Monte Carlo method based on a quantum state parametrization via generative artificial neural networks. We benchmark both schemes on sudden quenches in the transverse-field Ising model and point out their limitations in the quantum critical regime, where strong long-range interactions appear. Furthermore, we study the combination of the quantum state representation in terms of artificial neural networks with the neuromorphic chips present in the BrainScaleS group at Heidelberg University. The goal of this combination is to simulate entangled quantum states on a classical analog hardware. We then expect a more efficient way to approximately simulate quantum many-body systems by overcoming the limitations of conventional computation architectures, as well as further insights into quantum phenomena. 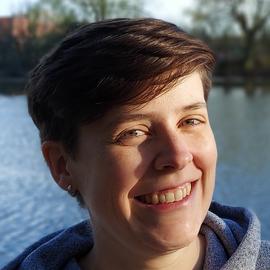