Can we run quantum circuits on ultra-cold atom devices?

Over recent years, interest in quantum information processing has increased tremendously. This rise was fueled by activities of massive commercial players like IBM, Google, Microsoft and large investments in startups like D-Wave, Rigetti, Xanadu, Zapata and Cambridge Quantum Computing. The work of these companies typically focuses on universal quantum computers, which hold the premise of exponential speed-up for a variety of NP-hard problems. However, this universality usually comes at the price of algorithmic overhead for a wide range of tasks which generally leads to worse overall fidelity. If we give up the constraint of a universal quantum computer, we can build specialized quantum hardware for the problems of interest. Such systems are called quantum simulators.

However, quantum simulators are currently limited to an academic environment because of

A circuit-based approach to ultra-cold atom quantum simulators would alleviate points 2) and 3) as we could agree on the quantum circuit, given the hardware-specific operations, and run it on the experiment. Integrating the system with a software stack like PennyLane would additionally allow to address and run the experiment on a higher level and substantially lower the barrier of entry for users outside of the cold-atom and quantum physics community.

These points motivated our research group to have a look how our experimental hardware, which is controlled by the Labscript Suite, can be integrated into PennyLane to run quantum circuits on ultra-cold atom devices.  Our group is part of SynQS, working on two ultra-cold atom experiments, the NaLi and SoPa (named after the two atomic species used in the lab).

Why use ultra-cold atoms as a quantum information platform ?

For ultra-cold atoms, the processing unit is not a qubit and as such, the natural operations are not generally the commonly used and widely known qubit operations such as $X,Y,Z$ rotations, Hadamard $H$ gates, entangling $CNOT$ or $XX$ gates with oberservables like $\sigma^z$ expectations. Instead, our NaLi experiment implements a $X(\theta)$ rotation on a long spin of many bosons on one optical lattice site. Additionally, the system naturally evolves under a many-body Hamiltonian $H_{mb}$, coupling the the atomic species.

What is the qubit equivalent of those operations? The relation is pretty complex - and that is the nice thing! Cold atoms are different. Given their success in the quantum simulation of many-body problems, they could make for an exciting quantum information processor that is complementary to universal devices. So as a general rule of thumb, it could be argued that cold atom machines often give up some control over individual particles, leading to much bigger systems. Additionally, because we work with a large number of atoms, we can measure obtain rather precise estimates of expectation values with a single state preparation and one measurement.

A concrete example from our group

Re-thinking our analog quantum simulation for the purpose of quantum circuits, we can represent the sodium atoms as a very long spin state $\left|\psi_N\right\rangle$. The observable outcomes are $L_z=-\frac{N}{2},\cdots,\frac{N}{2}$, where $N\sim10^5$ is the number of sodium atoms. On a quantum computer this should be compared to a qubit, for which we can only measure two outcomes $L_z=\pm\frac{1}{2}$.

The lithium atoms on the other hand can be described by the states on two independent sites $\left|\psi_p\right\rangle$ and $|\psi_v\rangle$. For each site we can observe that number of atoms that sit on it. The observable outcomes are then $n_{p/v} = 0, \dots, n$ where $n\sim 10^4$ is the number of lithium atoms.

In this formulation and analogous to other circuit-based quantum computing devices, the NaLi experiment then consists of three main stages:

Without having to dig through all the physical details to understand the publication  (Citation: Mil & al.) Mil, A., Zache, T., Hegde, A., Xia, A., Bhatt, R., Oberthaler, M., Hauke, P., Berges, J. & Jendrzejewski, F. (n.d.). A scalable realization of local U(1) gauge invariance in cold atomic mixtures.. Science, 367. 1128–1130. https://doi.org/10.1126/science.aaz5312 , the figures in it intuitively open themselves up to readers with varying backgrounds when plotting the corresponding circuits next to them as shown below.

Additional benefits of using the circuit language include

Choice of framework software for our quantum circuits

The choice of which framework software to use for our circuit-based approach was not a particularly hard one for us. We have our own experiment in the lab which implements a non-standard device for quantum simulation and thus some of our requirements are (roughly in order of importance):

Lets give a brief overview of how we answered those questions with regard to PennyLane. PennyLane is designed for users to write and use their own plugin, which is what they call the integration of quantum computing devices into the framework. Officially, it only supports qubit and continuous variable devices and not more general approaches but we may be able to integrate bosonic and fermionic atoms flexibly as the code itself is not very restricted. Other big platorms like Qiskit, Forest and Strawberry Fields focus exclusively on their own quantum computing hardware or simulator without the possibility to integrate your own. PennyLane is open-source and Python-based, which is perfect as the Labscript Suite controlling our experiment is so, too. Additionally, the company behind PennyLane, Xanadu, is a partly academic player who is very open in their publications and supports a great community around the software. The framework allows to add simulators to the framework device which mirror the functionality of the hardware. It performs various parameter range checks for the system and the operations used. Not built-in is user a system for management which allows only registered users to run the experiment from a queue. We would have to implement this ourselves.

All-in-all, PennyLane seems to be the best and likely only fit for our endeavors. Let’s talk about it in more detail.

PennyLane is created by Xanadu  and presents itself as the connecting puzzle piece between powerful established python libraries for machine learning, and quantum computing platforms. It provides readily implemented quantum algorithms for quantum machine learning, quantum chemistry and optimization. A particular algorithm provided in PennyLane is automatic differentiation of quantum circuits which allows to perform shot-efficient application of classical-quantum algorithms such as the Variational Quantum Eigensolver (VQE).

Existing popular quantum computing platforms such as Qiskit for qubits and Strawberry Fields (also created by Xanadu) for photons have written plugins for PennyLane which make their quantum simulators or quantum hardware accessible through it and with that PennyLane’s quantum algorithms and automatic differentiation feature.

In fact, any quantum lab can adapt the plugin template for their own experiment and simulators to assimilate their own specific workflow with PennyLane where users are generally able to use the same workflow accross platforms and know what to expect. Fig. 3 below shows a typical way of using PennyLane in a classical-quantum hybrid algorithm. Here, the default qubit simulator by PennyLane is used. After writing our own plugin, we can call that device, change the quantum circuit to contain the supported operations and the workflow is otherwise the same. All-in-all, the interface is very robust towards changing up the quantum backend (especially when they support the same operations).

Our workflow and connecting PennyLane to our hardware

The current state of our pennylane_ls plugin for ultra-cold atom experiments can be viewed in this public github repository. It provides examples from our labs and can guide you to adapting it to your own experiment and needs.

Our group uses the Labscript suite to coordinate and execute experimental sequences with cold atoms.

The labscript suite is a collection of programs, which work together to form a control system for autonomous, hardware timed experiments.

On the deepest level it is very nuts and bolts with plenty of commands in the style of Fig. 4 below.

The Experiment.py file determines the exact sequence of hardware controls that is executed during the measurement. It contains Labscript syntax and is fed into the Labscript Python compiler Runmanager.

Our approach for combining Labscript with PennyLane is sumarized in Fig. 5.

With the help of the plugin functions pre_apply(), apply() and post_apply(), we generate a new Experiment.py on the fly depending on the quantum circuit programmed through the PennyLane interface.

In other words, our PennyLane plugin translates a quantum circuit to an Experiment.py which our control system can interpret.

The expval() method from the plugin is then used to send the newly generated file to the Runmanager and engage the sequence. The output shots are then evaluated and the method returns an expectation.

A detailled discussion of the technical details can be found in the README.md of the public repository.  The features of our plugin currently include:

The framework device in SynQSDevice.py is written such that a group which uses the Labscript Suite to run their experiment can adapt the module easily to their own setup.

Finishing up this project, we have succeed in providing first circuit control to our experiments through PennyLane and extract the results. However, much further automation will be needed to fully leverage the possibilities of the quantum circuits that we can run on our ultra-cold atom devices.

To get the project towards a full Pennylane plugin, we have to:

While it seems quite clear how we can implement points 1 - 4, it seems to be a whole new problem to implement some kind of user management for our systems.

In any case the first steps are remarkably promising and we will see how the quantum circuits can be efficiently employed in ultra-cold atom experiments. 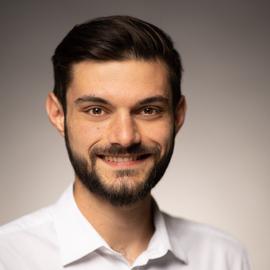